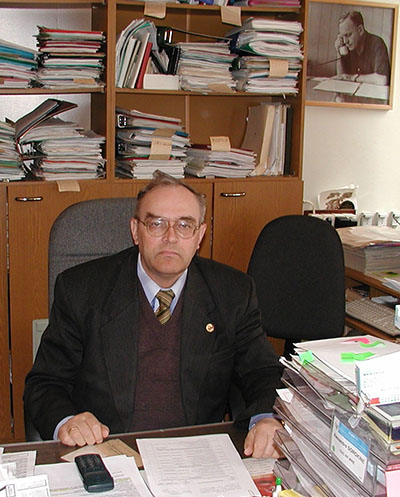 He was born in 1958, graduated from Obninsk branch of MEPhI in 1981, began his scientific biography the same year and has been working for 31 years. He went through all the scientific and pedagogical positions from researching trainee to the head of the Nuclear Physics Chair. He works at IPPE since 2012.

In 1988, he defended his PhD thesis in the the V.G. Khlopin Radium Institute (Leningrad). He defended hid doctoral thesis in 1995 in the Joint Institute for Nuclear Research (Dubna) in the G.N. Flyorov Laboratory of Nuclear Reactions and I.M.Frank Laboratory of Neutron Physics. He took part in numerous international scientific projects under the auspices of IAEA, CERN, ISTC, INTAS.

He is working at the theory of atomic nuclei and nuclear interactions, creation of nuclear data libraries. He is an author and co-author of more than 90 scientific publications.

E–mail: This email address is being protected from spambots. You need JavaScript enabled to view it.